Every hunter is guilty of delaying cleaning your deer rifle or duck shotgun after the last day of hunting season. The intention is there to clean it as soon as you can, but life creeps up and more often than not, you never get back to it. Don’t be that hunter. Storing firearms correctly after hunting season is important. It will be months before you shoot them again and proper gun storage and cleaning now will save you time and money next season.

A full hunting season puts a beating on a firearm. Weather, particularly, will cause corrosion and day-to-day dirt and grime will build up during use. The worst thing you can do is to not clean your guns before putting them in the gun cabinet. Improperly stored guns during the off-season will only cost you time, and even money, as you begin to prepare for next season. Utilize these gun storage and cleaning tips now that hunting season is over so that you are better prepared when next season rolls around.

Gun cleaning is something every hunter or recreational shooter needs to be able to do. Throughout the hunting season, you need to be able to maintain your gun’s condition in order for it to perform at its highest level and shoot accurately. More importantly, post season gun care is more than a simple wipe down. Use these gun cleaning tips when preparing to store your firearms after hunting season. 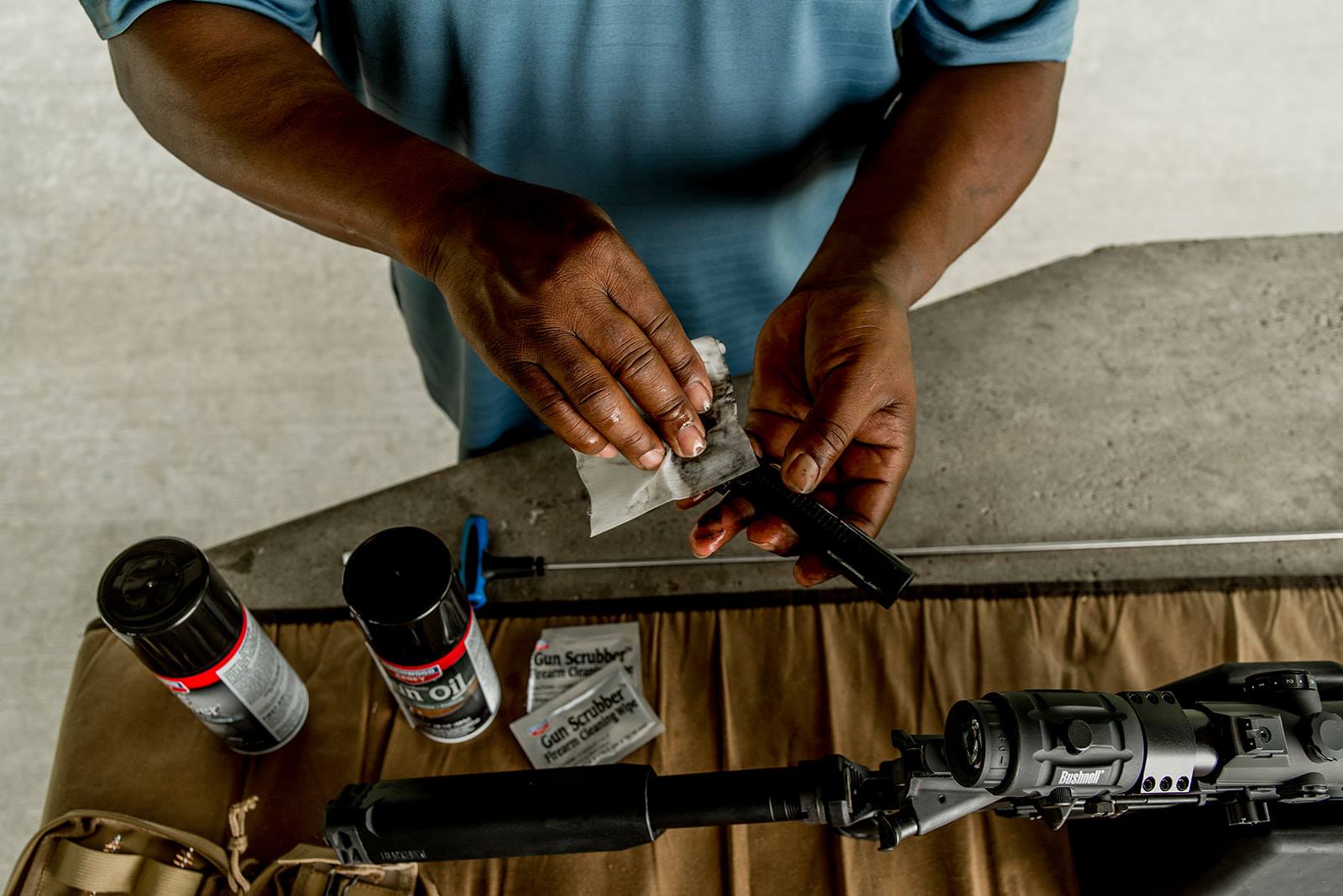 Always remember that before starting any gun maintenance, make completely sure the firearm is unloaded. Ammunition should not even be in the same area as your workspace for cleaning firearms. Doing so avoids even the chance an accident could happen. Safety first.

Storing Firearms for Next Season

Regular firearm maintenance is important, but how you store them also makes a difference. First and foremost, you want to have a dedicated gun cabinet or safe for storing firearms. Not only does this maintain the condition of your firearms, but it secures them too. If a dedicated gun safe is not an option, do not store guns in either a soft or hard gun case. The confined area coupled with the padding in most gun cases will trap moisture. Find an alternative gun storage area instead. Keep in mind, however, if your chosen storage location is not a locked safe, then be sure to use individual firearm trigger locks to keep them safe. 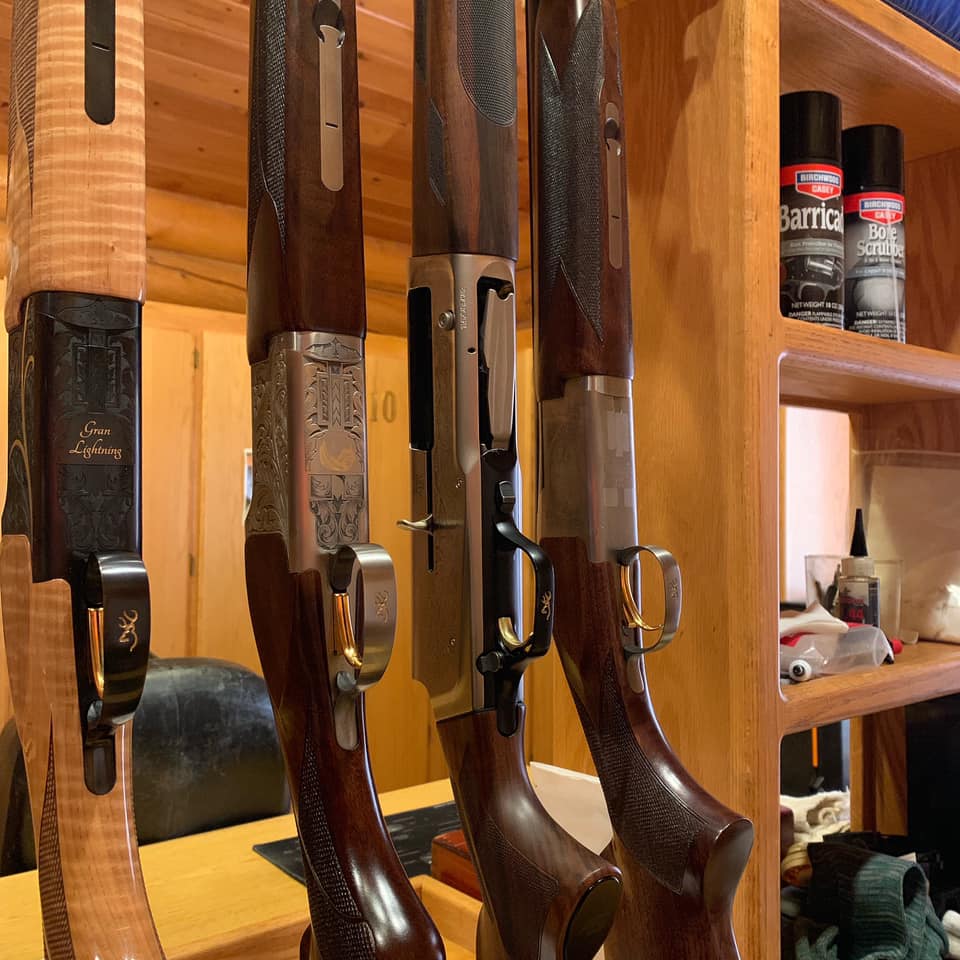 Another gun storage tip is to choose a storage location wisely. Preferably, you should be storing firearms after hunting season in low humidity and a stable temperature area. If that is not possible, then use a moisture absorber in your gun safe to reduce long-term corrosion.

An additional tip when storing firearms is to also use a silicone gun sleeve. Gun sleeves, or gun socks as some call them, keep moisture away from critical gun parts while being stored. This is one of the best ways to prevent rust and corrosion while storing in conjunction with proper pre-storage cleaning.

Finally, remove and clean any slings, removable magazines, or other gun accessories prior to storage and put the gun in a designated gun case or gun safe. Any magazines left in or gun accessories still attached can trap moisture or corrode themselves during the offseason if not properly stored.

Proper post season gun care and storage goes a long way. It is perhaps the best way to make sure every firearm you own functions and lasts as long as it should. These storage and gun cleaning tips will work for all types of firearms. Just remember, storing firearms after hunting season should not be an afterthought. Instead, it is an important practice to prepare for next season.